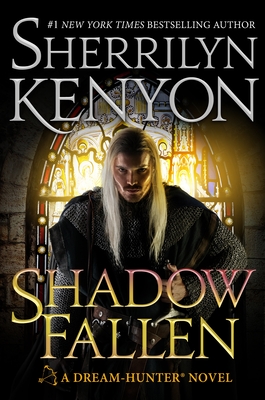 This is book number 5 in the Dream-Hunter Novels series.

For centuries, Ariel has fought the forces of evil. Her task was to protect the souls of innocent mortals when they die. Captured by a powerful sorceress, she is transformed into a human who has no memory of her real life or calling.

And is plunked into the middle of the Norman invasion of England.

Cursed the moment he was born with a "demonic deformity," Valteri wants nothing of this earth except to depart it and will do his duty to his king until then. When a strange noblewoman is brought before him, Valteri realizes he has met her before…in his dreams. When others come for her, bringing with them preternatural predators, he is faced with a destiny he had no idea was waiting. One he wants no part of.

The truth is that Valteri isn’t just a knight of William the Conqueror. He is the son of one of the deadliest powers in existence, and if he doesn’t restore Ariel to her place, she is not the only one who will be in peril. The world itself hangs in the balance, and he is the necessary key to hold back the powers of evil. But only if he can find a way to work with the woman who stands for everything in the universe he hates.

New York Times bestselling author Sherrilyn Kenyon is a regular in the #1 spot. This extraordinary bestseller continues to top every genre in which she writes, including manga and graphic novels. More than 70 million copies of her books are in print in more than one hundred countries. Her current series include The Dark Hunters®, The League®, Deadman’s Cross™, Chronicles of Nick®, Hellchasers™, Mikro Chasers™, and The Lords of Avalon®. Her Chronicles of Nick® and Dark-Hunter® series are soon to be major motion pictures.

“[A] publishing phenomenon...[Sherrilyn Kenyon is] the reigning queen of the wildly successful paranormal scene...Just one example of arguably the most in-demand and prolific authors in America these days.” —Publishers Weekly

“Kenyon's writing is brisk, ironic and relentlessly imaginative. These are not your mother's vampire novels.” —Boston Globe

“[An] engaging read.” —Entertainment Weekly on Devil May Cry