The Island: A Thriller (A Dewey Andreas Novel #9) (CD-Audio) 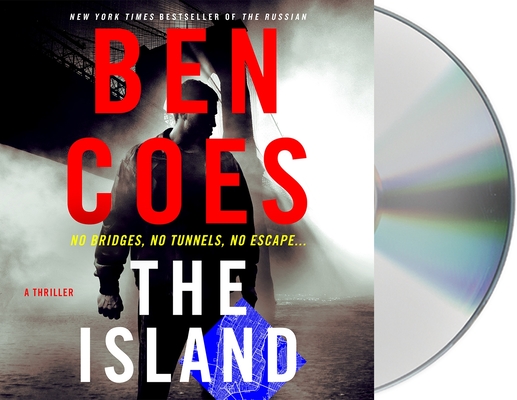 This is book number 9 in the A Dewey Andreas Novel series.

CIA operative Dewey Andreas is America's last line of defense when terrorists take over Manhattan, targeting the U.N. and the President himself in The Island, the latest in this New York Times bestselling series by Ben Coes.

America is about to face the deadliest terrorist attack on it's soil since 9/11. Iran has been planning a revenge attack for years, with three goals in mind. Bring America to its knees. Assassinate the popular U.S. President J. P. Dellenbaugh. And neutralize their most successful agent, Dewey Andreas.

The first pre-emptive attack against Dewey Andreas fails but it worries the head of the CIA enough that he sends Dewey out of town and off the grid. But as intelligence analysts work as fast as they can to unravel the chatter on terrorist networks, Muhammed el-Shakib, head of Iran's military and intelligence agency, launches a bold strike. When the President arrives in New York to address the U.N., embedded terrorist assets blow up the bridges and tunnels that connect Manhattan to the mainland. Taking control of the island with it's hidden forces, they race to the U.N. in search of Dellenbaugh and to launch an even deadlier attack that will wreak unimaginable destruction on the country itself.

While a shocked country struggles to mount a counter-attack, a hopeless, outmanned and outgunned Dewey Andreas sneaks onto the island of Manhattan to fight a seemingly impossible battle.

BEN COES is the author of the critically acclaimed Power Down and Coup d’Etat. He is a former speechwriter for the George H .W. Bush White House, worked for Boone Pickens, was a fellow at the JFK School of Government at Harvard, a campaign manager for Mitt Romney’s run for governor in 2002, and is currently a partner in a private equity company out of Boston. He lives in Wellesley, Mass.

Ari Fliakos is an actor with experience in television, radio, film, theater, and voiceovers. His narration of Seth Patrick’s Reviver won an Audie for paranormal fiction. He has narrated Black Site and Tier One Wild by Dalton Fury, as well as Gangster Squad, The Inquisitor, and Shotgun Lovesongs. On screen, he is best-known for his roles in Law & Order, Pills, and Company K.