The Corgi and the Queen (Hardcover) 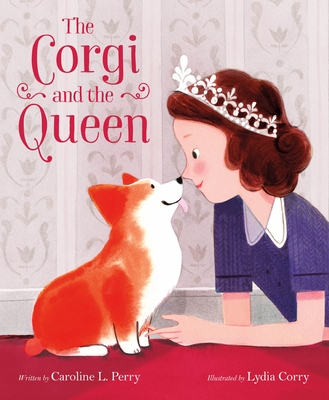 The Corgi and the Queen (Hardcover)

Even a monarch needs a best friend and Queen Elizabeth II found one in a corgi pup she named Susan. From princesshood to queendom the pair forged an unbreakable bond, with Susan even participating in Elizabeth’s wedding day and joining her on honeymoon with Prince Philip. Over the course of her remarkable seventy-year reign the Queen had more than thirty corgi companions, and almost all were direct descendants of her cherished Susan.

Caroline L. Perry is an author, journalist, and producer who was born in Britain but currently resides in Southern California. As an avid traveler Caroline allows her adventures to inspire her work. The Corgi and the Queen is her first book.

Lydia Corry attended the Royal College of Art and has been a devoted illustrator ever since. She specializes in watercolor, ink, and gouache. Her work includes Caroline L. Perry's The Corgi and the Queen, and the Tindims series created with her mother, Sally Gardner.

"Introducing Elizabeth first as an unpretentious child, Perry’s precisely worded text portrays the down-to-earth side of the monarch. The expressive illustrations, created with pencil, watercolor, and gouache, complete this appealing portrayal of the queen and her beloved pet." —Booklist