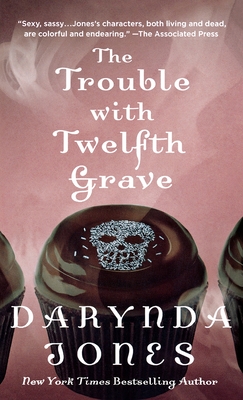 This is book number 12 in the Charley Davidson Series series.

Charley Davidson never signed up for all this. But since she was the one chosen for this job, Charley’s going to be the best Grim Reaper she can be—even if her life becomes a living hell. Literally. Not only is she trying to fight off an entity brimstone-bent on destroying the world, she must find a way to domesticate the feral being that used to be her husband. Would it kill him to sweep Charley off her feet every once in a while? Really? Meantime Charley is also tasked with uncovering a murder—as well as covering one up. Add to that her new occupation of keeping a startup PI venture out of trouble and dealing with the Vatican’s inquiries into her daughter and Charley is on the brink of crying uncle. But when someone starts attacking humans who are sensitive to the supernatural world, Charley knows she must step up to the soul-saving challenge. If only her number-one suspect didn’t turn out to be the dark entity she’s loved for centuries. But all’s fair in love and eternal war, right?