Rereading Darwin's Origin of Species: The Hesitations of an Evolutionist (Paperback) 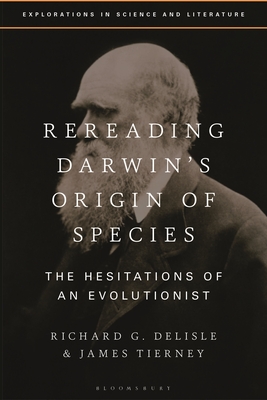 Rereading Darwin's Origin of Species: The Hesitations of an Evolutionist (Paperback)


Coming Soon - Available for Pre-Order Now
Richard G. Delisle holds a PhD in paleoanthropology and a PhD in philosophy. He is associate professor at the University of Lethbridge, Canada where he teaches evolution and history/philosophy of science at the School of Liberal Education, being also affiliated with the Department of Philosophy. He is the founder and editor of the book series "Evolutionary Biology: New Perspectives on its Development" with the academic publisher. He is the author of Debating Humankind's Place in Nature, 1860-2000: The Nature of Paleoanthropology (2007) and of Charles Darwin's Incomplete Revolution: The Origin of Species and the Static Worldview (2019), among other publications. James Tierney studied Philosophy and French at the University of Michigan and Philosophy at the University of Chicago, USA. He is currently Senior Lector and Director of Yale English Language Programs at Yale University, USA. As part of the founding board of the Consortium on Graduate Communications, he organized its first Summer Institute at Yale University (in 2017) and is active in research and advocacy in the field of advanced language learning at the graduate level. He has also worked as a freelance editor and translator since 2005.