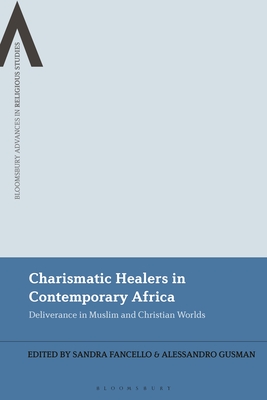 
Usually Ships in 1-5 Days
Based on ethnographic studies conducted in several African countries, this volume analyses the phenomenon of deliverance - which is promoted both in charismatic churches and in Islam as a weapon against witchcraft - in order to clarify the political dimensions of spiritual warfare in contemporary African societies.

Deliverance from evil is part and parcel of the contemporary discourse on the struggle against witchcraft in most African contexts. However, contributors show how its importance extends beyond this, highlighting a pluralism of approaches to deliverance in geographically distant religious movements, which coexist in Africa. Against this background, the book reflects on the responsibilities of Pentecostal deliverance politics within the condition of 'epistemic anxiety' of contemporary African societies - to shed light on complex relational dimensions in which individual deliverance is part of a wider social and spiritual struggle.

Spanning across the study of religion, healing and politics, this book contributes to ongoing debates about witchcraft and deliverance in Africa.
Sandra Fancello is Research Director at the National Center for Scientific Research, France. Alessandro Gusman is Associate Professor of Anthropology, University of Turin, Italy.