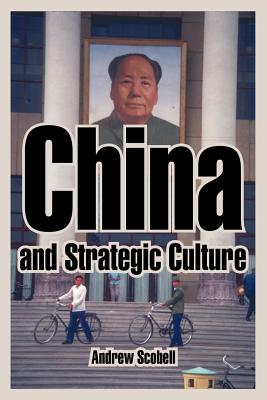 
Usually Ships in 1-5 Days
China has been identified as a looming strategic threat. Considerable attention has been given to China's assertive rhetoric and militant behavior. The author uses the rubric of strategic culture to assess China's strategic disposition. Two dimensions are examined: the nature and impact of China's assessment of its own strategic culture, and the nature and impact of China's depictions of the strategic cultures of Japan and the United States. Beijing has been depicted as increasingly belligerent over the past decade, a perception in direct conflict with earlier images of China. Ancient China is usually portrayed as possessing a weak martial tradition, a cultural predisposition to seek nonviolent solutions to problems of statecraft, and a defensive-mindedness, favoring sturdy fortifications over expansionism and invasion. The author contends that existing depictions of China's strategic culture are flawed. China's strategic disposition cannot accurately be characterized as either pacifist or bellicose. Rather, the country has a dualistic strategic culture. The two main strands are a Confucian-Mencian one that is conflict averse and defensive minded; and a Realpolitik one which favors military solutions and is offensive oriented. Both strands are operative and both influence and combine in dialectic fashion to form a "Chinese Cult of Defense." This cult paradoxically tends to dispose Chinese leaders to pursue offensive military operations as a primary alternative in pursuit of national goals, while rationalizing these actions as being purely defensive and last resort. This dualistic strategic culture has been a constant, and China has not become more bellicose or aggressive in recent years except to the extent that the warfighting capabilities of the People's Liberation Army have improved or that military doctrine has changed. The author also examines China's images of Japanese and American strategic cultures. Significantly, Chinese strategists tend to depict China's own strategic culture in very positive terms and contrast it with what are seen as the very negative images of Japan and the United States. As viewed from Chinese eyes, Japan possesses an extremely warped, violent, and militaristic strategic culture; while the United States possesses an expansionist, offensive-minded, conflict-prone strategic culture that is obsessed with technology. The author concludes by outlining a number of important recommendations for U. S. defense policy.