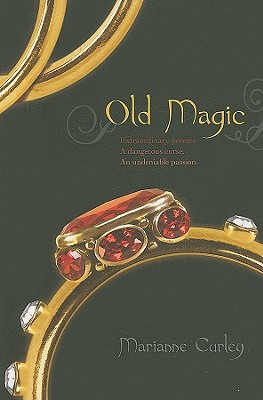 By Marianne Curley
$9.99
Email or call for price.

Outlander gets a witchy Meg Cabot twist in this captivating and romantic YA contemporary fantasy following two witches who must travel back in time to stop an ancient curse.

The moment new guy Jarrod Thornton walks into the room, Kate senses something strange and mesmerizing about him. Something supernatural. Her instincts are proven correct a few minutes later when, bullied by his classmates, Jarrod conjures up a freak thunderstorm inside the classroom.

Only, Jarrod doesn’t believe in the paranormal and has no idea his magic is behind the strange incidents that plague him. He finds Kate’s convictions about magic especially frustrating because of the magnetic attraction between them. Why can’t he fall for a normal girl?

But, eventually, not even Jarrod can dismiss his gift…or the mounting danger it’s causing. To save their future, Jarrod and Kate embark on an incredible journey to the past where they must foil the curse that has plagued Jarrod’s family for centuries. Can these fledgling witches summon the strength to emerge victorious?

Marianne Curley lives in Australia with her family. She has experimented with different genres but finds writing for young adults to be the most challenging and satisfying. You can find her online at MarianneCurley7.com.

Having grown up with her grandmother Jillian, a practicing witch and healer, sixteen-year-old Kate recognizes power when she sees it. So when newly arrived Jarrod unleashes a windstorm in biology class, Kate steps in, calms him down, and gets him out of there before anyone else realizes what has happened. What surprises her, however, is how oblivious he is to his power and to the curse of disorder and diaster that has dogged his family for centuries. Not only that, but Jarrod is also angrily adamant that magic does not exist. As evidence to the contrary mounts, Jarrod decides to accept Jillian's help, and Kate and Jarrod travel back in time to 1252 to the English castle of Thorntyne and Jarrod's ancestors, Lord Richard and his estranged half-brother, the sorcerer Rhauk. There Jarrod must overcome his reluctance to claim his power, or Kate will die at Rhauk's hands and neither will see their present-day families again.

Alternating narration between Kate and Jarrod, this novel provides dual perspectivies on reality and relationships in a tale where the known competes with the unexpected and reason wars with emotion. With a solid story comprised of several age-old themes of fantasy and adventure as well as a savvy female nudging a clueless male protagonist into claiming his birthright, the book will appeal to young readers interested in magic, adventure and budding romance.