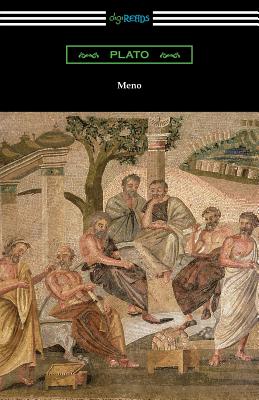 Plato's "Meno" is a Socratic dialogue between the two main speakers, Socrates and Meno, and explores the definition of virtue and whether it is something that can be taught. Meno is an attractive and well-to-do young man visiting Athens and is a student of the sophist Gorgias, who has greatly influenced Meno's ideas on virtue and knowledge. The dialogue begins abruptly with a question posed by Meno, who asks Socrates whether virtue can be taught. Socrates replies that he does not as yet know what virtue is, and has never known anyone who did. A fascinating and thought-provoking dialogue ensues between Meno and Socrates exploring what exactly virtue is and whether the definition is the same for all people. Meno contends that virtue is dependent on one's station in life and there is one kind of virtue for men and one for women, one for children, and one for adults. Through detailed and exhaustive questions and answers, Socrates reveals his belief that virtue is the same for all people, whether old or young, man or woman. Socrates then begins to question one of Meno's slaves to prove his proposition that much knowledge is innate and merely needs to be revealed with the proper questioning, or the Socratic method, rather than taught. This timeless and engaging classic is a must read for all students of philosophy. This edition is printed on acid-free paper and is translated with an introduction by Benjamin Jowett.