Beyond the Pleasure Principle (Paperback) 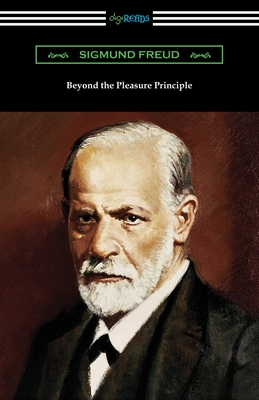 First published in 1920, "Beyond the Pleasure Principle", by world-renowned psychologist Sigmund Freud, marks a major turning point in the author's theoretical approach. Prior to this work, Freud's examination of the forces that drive people focused primarily on the sexual drive, or Eros of man, the life instinct to reproduce that is innate in all humans. Freud had attributed most of human behavior to the seeking of sexual pleasure. However, in "Beyond the Pleasure Principle" Freud moves away from these creative and pleasure-seeking impulses as the only motivator of human action to instead examine the impact on human psychology of the death drive, or Thanatos, which Freud describes as "an urge inherent in all organic life to restore an earlier state of things". Freud still believes the pleasure principle is the more dominant force, but argues as well that unpleasant experiences have a great influence on the mind and are often the source of repetitive, compulsive behaviors. Freud also revisits his earlier theory that dreams are a form of wish fulfillment as he examines the reliving of traumatic events in dreams. One of Freud's most controversial and influential works, "Beyond the Pleasure Principle" remains an important and fascinating read. This edition is printed on premium acid-free paper.