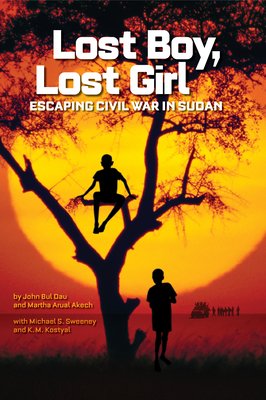 
Usually Ships in 1-5 Days
One of thousands of children who fled strife in southern Sudan, John Bul Dau survived hunger, exhaustion, and violence. His wife, Martha, endured similar hardships. In this memorable book, the two convey the best of African values while relating searing accounts of famine and war. There’s warmth as well, in their humorous tales of adapting to American life. For its importance as a primary source, for its inclusion of the rarely told female perspective of Sudan’s lost children, for its celebration of human resilience, this is the perfect story to inform and inspire young readers.
JOHN BUL DAU is a Dinka from Southern Sudan and one of thousands of Lost Boys who fled their homeland during Sudanese civil war. He found shelter at refugee camps in Ethiopia and Kenya before coming to Syracuse, New York, where he now lives with his wife and his daughter.