The March Against Fear: The Last Great Walk of the Civil Rights Movement and the Emergence of Black Power (Library Binding) 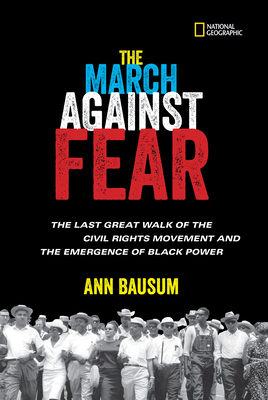 The March Against Fear: The Last Great Walk of the Civil Rights Movement and the Emergence of Black Power (Library Binding)


Email or call for price.
ANN BAUSUM writes about U.S. history for young people, and she has published eight titles with National Geographic Children's Books including, most recently, Marching to the Mountaintop (2012) and Unraveling Freedom (2010). Ann's books consistently earn prominent national recognition. Denied, Detained, Deported(2009) was named the 2010 Carter G. Woodson Book Award winner at the secondary school level from the National Council for the Social Studies. Muckrakers(2007) earned the Golden Kite Award as best nonfiction book of the year from the Society of Children's Book Writers and Illustrators. Freedom Riders (2006) gained Sibert Honor designation from the American Library Association and With Courage and Cloth (2004) received the Jane Addams Children's Book Award as the year's best book on social justice issues for older readers. In addition, Ann has written about the nation's chief executives and their spouses -- Our Country's Presidents(2013, 4th edition) and Our Country's First Ladies (2007) -- as well as the intrepid explorer Roy Chapman Andrews (Dragon Bones and Dinosaur Eggs, 2000).
"Bausum convincingly shows that the March Against Fear "stands as one of the greatest protests of the civil rights era" and deftly explains the many complex reasons why it was relegated to a footnote rather than a highlight in history. An exceptionally well-written and -researched chronicle of a crucial civil rights turning point." -- Kirkus Starred Review

"An edifying and timely exposition of James Meredith and the March Against Fear and their impact on U.S. history, past and present. Bausum’s clear language and smart use of archival photos and pull quotes document how Meredith’s single-man walk transformed into a larger endeavor to register and unify black voters and to alleviate the fear felt by African Americans living in a racist society...VERDICT A must-have volume on James Meredith, the March Against Fear, and the evolution of Black Power for high school students." -- School Library Journal Starred Review

"Chronological coverage conveys the fear and danger participants faced and documents Carmichael’s first use of the term black power. The brief chapters build on one another, creating a complete picture for readers with limited background knowledge. This compelling account will be equally engaging for classroom resource material or individual research." -- Booklist

"Ann Bausum created a dramatic account of the march against fear. Her story is very relevant to today’s times, particularly the Black Lives Matter movement… Overall, the book would appeal to anyone who is looking for a nonfiction dramatic account of the turbulent times of the civil rights movement. Although the book is primarily written for grades 7-12, it would appeal to adults too." -- VOYA Magazine
.