Unto Relationship: A Short Primer of Twelve Essays (Paperback) 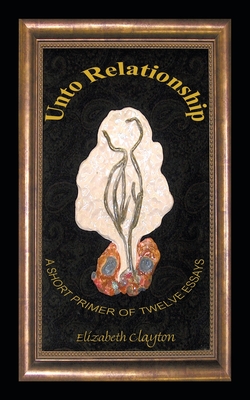 Unto Relationship is an addressing of behaviors between individuals, both actions and verbalization, which are very often negative; however, the behaviors are very often overlooked or not given thoughtful attention. Insomuch as this occurs, they then become the major components in a long, and seemingly, acceptable (normal, happy) relationship. In most instances, in these relationships, the self of one of the participants is significantly diminished.

Unto Relationship is a piece, a record, with interpretation, of accumulated naturalistic observations, the method used in the first attempts to study human behavior, other than reviewing man's expression of self and nature in art and literature. And still today, we cannot place human beings in cages, cells, or rooms to be observed and their behaviors recorded.

In the twelve essays which comprise the work, (easily read in one sitting), are observations "in the natural," and the very personal insights gleaned of them over a period of years, beginning in the author's early adulthood, so as to understand motivation and forthcoming behavior. They may appear critical of relationship, but nonetheless show opportunities for meaningful physical and emotional interaction which are obviously necessary for the fullness of the human animal.

Elizabeth Clayton is a retired college professor with graduate degrees in English and Psychology. She has written more since an accident and retirement in 1995, particularly poetry. She teaches courses in English Composition and Literature at a small liberal arts university nearby. She lives in her country home near Jackson, Mississippi.