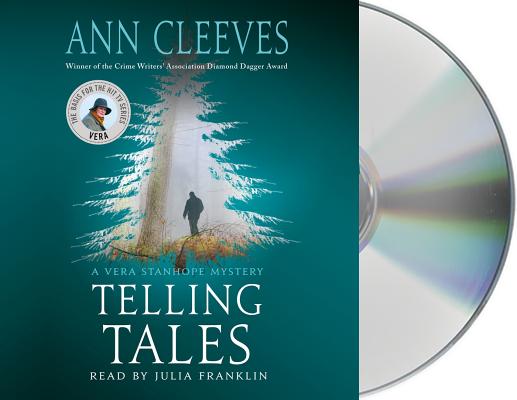 This is book number 2 in the Vera Stanhope series.

It has been ten years since Jeanie Long was charged with the murder of fifteen-year-old Abigail Mantel. Now residents of the East Yorkshire village of Elvet are disturbed to hear of new evidence proving Jeanie’s innocence. Abigail’s killer is still at large.

For one young woman, Emma Bennett, the revelation brings back haunting memories of her vibrant best friend--and of that fearful winter’s day when she had discovered her body lying cold in a ditch.

As Inspector Vera Stanhope makes fresh enquiries on the peninsula and villagers are hauled back to a time they hoped to forget, tensions begin to mount. But are people afraid of the killer or of their own guilty pasts?
With each person’s story revisited, the Inspector begins to suspect that some deadly secrets are threatening to unfurl…

"Demonstrating singular adeptness with mood and pacing, narrator Julia Franklin shines in this character-rich mystery set in northern England. ...While Franklin's careful portrayals of persons of interest are clear and emotionally detailed, it's her portrayal of Vera that steals the show. Though much is made of Vera's appearance--she's squat and disheveled--she is not to be underestimated. Franklin's performance is direct and punchy, matching the speed and shrewdness of Vera's first-rate mind." -AudioFile

Praise for the Vera Stanhope series:

"Creates a dark enough mood to keep you straining to see what will come to light next." --People Magazine

“Cleeves offers up evocative settings and flawed characters with depth, making her mysteries wonderfully addictive. Her latest is no exception.” —Library Journal

"It's a dark, interesting novel with considerable emotional force behind it." --The Spectator