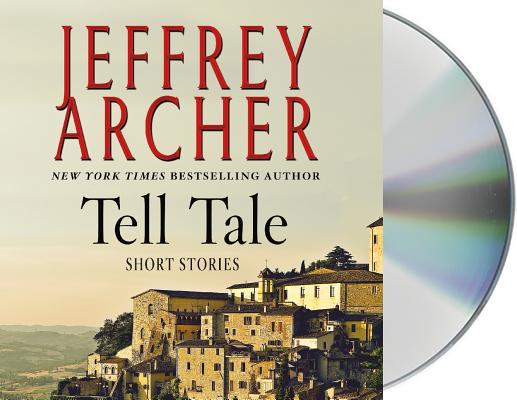 By Jeffrey Archer, Robert Bathurst (Read by)
$29.99
Email or call for price.

Nearly a decade after his last volume of short stories was published, Jeffrey Archer returns with his eagerly-awaited audiobook collection.

Tell Tale gives listeners a fascinating, exciting and sometimes poignant insight into the people he has met, the stories he has come across, and the countries he has visited during the past ten years.

Find out what happens to the hapless young detective from Naples who travels to an Italian hillside town to find out Who Killed the Mayor? and the pretentious schoolboy in A Road to Damascus, whose discovery of the origins of his father’s wealth changes his life in the most profound way.

Revel in the stories of the 1930’s woman who dares to challenge the men at her Ivy League University in A Gentleman and A Scholar while another young woman who thumbs a lift gets more than she bargained for in A Wasted Hour.

These wonderfully engaging and always refreshingly original tales explain why Archer has been described by The Times as probably the greatest storyteller of our age. A must-listen for anyone who seeks an audio adventure!

JEFFREY ARCHER was educated at Oxford University. He served five years as a Member of Parliament in the House of Commons and has served twenty-seven years as a Member of the House of Lords. Now published in 97 countries and more than 37 languages, all of his novels and short story collections—including Kane & Abel, Only Time Will Tell and This Was a Man—have been international bestsellers. Jeffrey is married with two sons and three grandchildren, and lives in London, Cambridge and Majorca.