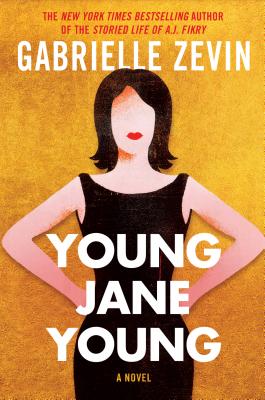 By Gabrielle Zevin
$49.39
Email or call for price.

“I've been waiting for a quirky, funny, thoughtful novel to follow in the footsteps of Where'd You Go, Bernadette, and behold: I have found it. I loved the vibrant female characters at the heart of this book. Told in four different voices, Young Jane Young is the story of Aviva Grossman, a young Congressional intern in South Florida who does the unthinkable: she sleeps with her boss. The book details the repercussions of that decision and examines the abuse of power that occurs in politics and in the day-to-day interactions between members of the opposite sex. Gabrielle Zevin has written something really smart and heartwarming, yet also incredibly timely.”
— Annie Jones, The Bookshelf, Thomasville, GA

From the internationally bestselling author of The Storied Life of A.J. Fikry comes a perfect fable for our times: a story about owning your mistakes--and finally finding a place to belong.
What do you do when one youthful indiscretion threatens to derail the rest of your life?
Aviva Grossman is a bright, ambitious Congressional intern with a promising future in front of her--until her Lewinsky-esque affair with a married Congressman comes to a crashing end. Literally. (She's in a car crash with the Congressman and that's how their affair makes the news.) After unsuccessfully trying her best to bounce back and restart her life, she decides that the best way to get the ultimate fresh start is to become someone else. But there are a few obstacles: a lack of funds, a lack of privacy under the media's relentless gaze, and two tell-tale blue lines on a pregnancy test...

GABRIELLE ZEVIN is the New York Times-bestselling author of eight novels and a graduate of Harvard University. She writes for both adults and young adults, and her books have been translated into over thirty languages as well as being adapted for film. Her most recent work, The Storied Life of A.J. Fikry, spent over four months on the New York Times Best Seller List, reached #1 on the National Indie Bestseller List, and has been a bestseller in multiple countries. Zevin is also the screenwriter of Conversations with Other Women (Helena Bonham Carter, Aaron Eckhart), for which she received an Independent Spirit Award Nomination for Best First Screenplay. The author lives in Los Angeles, CA.