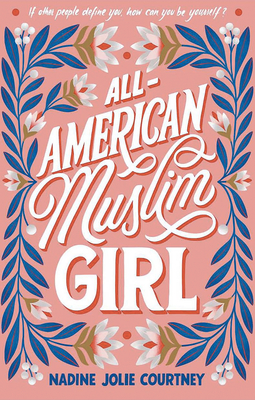 By Nadine Jolie Courtney
$29.89
Email or call for price.

When Allie Abraham starts to explore her Muslim faith, embracing her religion makes her question her own identity in All-American Muslim Girl, a timely YA story from #ownvoices author and blogger Nadine Jolie Courtney.

Allie Abraham has it all going for her--she's a straight-A student, with good friends and a close-knit family, and she's dating popular, sweet Wells Henderson. One problem: Wells's father is Jack Henderson, America's most famous conservative shock jock, and Allie hasn't told Wells that her family is Muslim. It's not like Allie's religion is a secret. It's just that her parents don't practice, and raised her to keep it to herself.

But as Allie witnesses Islamophobia in her small town and across the nation, she decides to embrace her faith--study, practice it, and even face misunderstanding for it. Who is Allie, if she sheds the fa ade of the "perfect" all-American girl?

This is a relevant, relatable story of being caught between two worlds, and the struggles and hard-won joys of finding your place.