A Trail of Lies: A Mystery (Large Print / Library Binding) 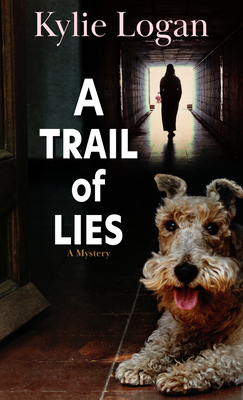 A Trail of Lies is the third in the Jazz Ramsey mystery series from national bestselling author Kylie Logan.

Jazz Ramsey is just getting used to the idea that her on-again-off-again beau, Nick, might actually be a permanent fixture, when she gets an alarming call in the middle of the night from his mother, Kim: there's a dead man in her backyard. Kim has a long history of drinking and a vivid imagination, so when Jazz's human remains detection dog, Wally, finds no evidence of a body, Jazz thinks she can breathe easy. But when the body of a middle-aged man, Dan Mansfield, is discovered in a nearby park, and a photo of Nick and his mom is found in his pocket, Jazz has to admit that something isn't adding up. Kim claims not to know who Dan is, but the cops find out soon enough: he's a recently paroled convict who served thirty years for murder. And when Jazz traces his crime back to a bar fight with an antiques dealer, she ends up with more questions than answers. Meanwhile, no one wants her poking around--not Nick's mom, nor the Motorcycle-riding ex-con she connects to Dan, nor Nick himself, who seems worried about Jazz's safety, but also about what she might find. But Jazz has never been one to take no for an answer, and she won't give up now--even if it means risking her own life.