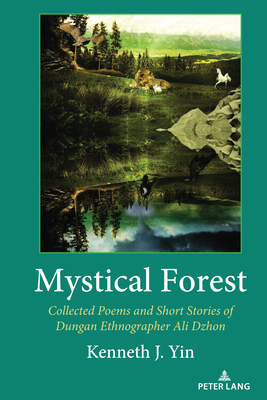 Born in Shor-Tyube, Kazakh Soviet Socialist Republic, in 1951, Dungan ethnographer and creative writer Ali Dzhon is widely regarded as the preeminent writer on the material and spiritual culture and history of the Dungan people, the Sinophone Muslims of Central Asia. Mystical Forest makes available for the first time in English a significant collection of Dzhon's poems and short stories, which he penned in Russian over a span of more than half a century, from 1969 to 2021, bridging the Soviet and post-Soviet periods. In these rich literary works, Dzhon expresses his thoughts about the world around him, ponders the fate of his people and the meaning of life, and provides finely nuanced descriptions of his feelings about love, nature, and those around him.

Organized into nine chapters by theme, the 103 poems of varying length in the collection are witty, colorful, and profound pieces that provide rare glimpses into Dungan cultural life, including Dzhon's searing remembrances of the nineteenth-century Dungan Revolt that led to the first migration of the Hui Muslims from northwestern China to the Russian Empire during the harsh winter of 1877-1878, his moving personal reminiscences of childhood and youth spent in the Soviet Dungan villages of Kazakhstan and Kyrgyzstan, and his unique perspective on the challenges and opportunities of life faced by the Dungan people in post-Soviet Central Asia. Set largely against the backdrop of daily life in the Dungan settlements, the four riveting pieces of short fiction comprising the final chapter of the collection showcase Dzhon's consummate skill as a storyteller as they probe the human condition. The present volume includes a foreword by prominent Dungan poet Iskhar Shisyr, an introductory chapter, footnotes, an index, a map, and photographs. This book will appeal to students, scholars, and general readers interested in Dungan literature, history, and culture.

"Mystical Forest is an exemplary volume of poetry and short stories by a foremost ethnographer of the Dungans, a people who dwell at the crossroads of Central Asia. The translations catch the spirit of these texts that reflect local landscapes, cultural change, and the soul of author Ali Dzhon. Conversant in Dungan culture, Kenneth Yin deftly opens new vistas of local and indigenous writing."--Mark Bender, Professor of Chinese Literature and Folklore, The Ohio State University

Kenneth J. Yin teaches modern languages, literatures, and linguistics at the City University of New York. His research has been supported by the American Council of Learned Societies, the Andrew W. Mellon Foundation, and the National Endowment for the Humanities, among others. He is the author of Dungan Folktales and Legends (Peter Lang, 2021). He was educated at Cornell University and Georgetown University.