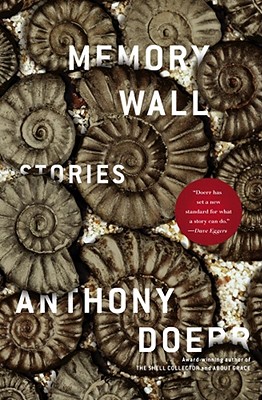 “When people say they don't read short stories because a story lacks the depth and complexity of a novel, you should hand them this book. The title story alone is richer than some novels and is one of the best pieces of fiction I've ever read. The rest of the collection is outstanding as well. With settings as varied as Africa, China, and the American West featuring characters black, white and Asian, Doerr reminds us of the power and beauty of memory and storytelling.”
— Cody Morrison, Square Books, Oxford, MS

Set on four continents, Anthony Doerr's new stories are about memory, the source of meaning and coherence in our lives, the fragile thread that connects us to ourselves and to others. Every hour, says Doerr, all over the globe, an infinite number of memories disappear. Yet at the same time children, surveying territory that is entirely new to them, push back the darkness, form fresh memories, and remake the world.

In the luminous and beautiful title story, a young boy in South Africa comes to possess an old woman's secret, a piece of the past with the power to redeem a life. In "The River Nemunas," a teenage orphan moves from Kansas to Lithuania to live with her grandfather, and discovers a world in which myth becomes real. "Village 113," winner of an O'Henry Prize, is about the building of the Three Gorges Dam and the seed keeper who guards the history of a village soon to be submerged. And in "Afterworld," the radiant, cathartic final story, a woman who escaped the Holocaust is haunted by visions of her childhood friends in Germany, yet finds solace in the tender ministrations of her grandson.

Every story in Memory Wall is a reminder of the grandeur of life--of the mysterious beauty of seeds, of fossils, of sturgeon, of clouds, of radios, of leaves, of the breathtaking fortune of living in this universe. Doerr's language, his witness, his imagination, and his humanity are unparalleled in fiction today.

Anthony Doerr is the author of the Pulitzer Prize-winning novel All the Light We Cannot See. He is also the author of two story collections Memory Wall and The Shell Collector, the novel About Grace, and the memoir Four Seasons in Rome. He has won four O. Henry Prizes, the Rome Prize, the New York Public Library’s Young Lions Award, the National Magazine Award for fiction, a Guggenheim Fellowship, and the Story Prize. Doerr lives in Boise, Idaho, with his wife and two sons.

“Memory Wall not only captivates from start to finish, it is the kind of book likely to restore your faith in the pleasures of storytelling…. It’s rare to encounter a writer who is able to make us see the world around us in new ways. And yet Doerr does so on every page.”—Boston Globe

"It's fair to say that Anthony Doerr is doing things with the short story that have rarely been attempted and seldom achieved. The stories in Memory Wall have such scope and depth that they hit as hard as novels three times their length. Doerr has set a new standard, I think, for what a story can do." -- Dave Eggers, author of Zeitoun and What Is the What

“When I finished the last page of Anthony Doerr’s Memory Wall, I sat stunned and blinking, unable to leave the strange and vivid and utterly believable world he’d created. Read this book—it will change how you think about memory, time, love, and the way we record and try to keep the things we can’t live without.”—Maile Meloy, Both Ways Is the Only Way I Want It

“Everywhere in Tony Doerr's work, there's light and stone and unimaginable distance, while our hearts go on about their steady work. His subject is what we would hear on the most macrocosmic and intimate levels, if only we were to listen more closely. I love Memory Wall for the empathetic reach of its imagination, for the intelligence of its meditation on the consolations of memory, and especially for the tenderness and care with which it presents the ongoing miracle of humanity's daily interaction with the world. These are beautiful and moving stories.”—Jim Shepard, author of Like You’d Understand, Anyway

“Beautiful passages and vivid imagery . . . Readers hungry for unconventional narratives and lovers of fine writing will find much to savor in this impressive collection.”--Booklist