The Walk: A Novel (The Walk Series #1) (Paperback) 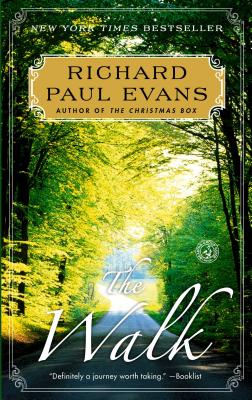 This is book number 1 in the The Walk Series series.

The first book in the inspiring New York Times bestselling series about an executive who loses everything he holds dear and embarks on a walk across America that changes his life forever.

What would you do if you lost everything—your job, your home, and the love of your life—all at the same time? When it happens to Seattle ad executive Alan Christoffersen, he’s tempted by his darkest thoughts. Instead, he decides to take a walk. But not any ordinary walk. Taking with him only the barest of essentials, Alan leaves behind all that he’s known and heads for the farthest point on his map: Key West, Florida. The people he encounters along the way, and the lessons they share with him, will save his life—and inspire yours.

A life-changing journey, both physical and spiritual, The Walk is the first of an unforgettable bestselling series of books about one man’s search for hope.

“Richard Paul Evans has proven to be one of America’s most precious gifts . . . an inspirational writer who has the ability to read our very souls and heal broken hearts. . . . His books are the ones you can’t wait to finish, but when you do, you wish you hadn’t. I suggest readers accompany Evans on The Walk.”
— New York Journal of Books

“Hoda and I both thoroughly enjoyed this book . . . The Walk is beautifully written.”
— Kathy Lee Gifford