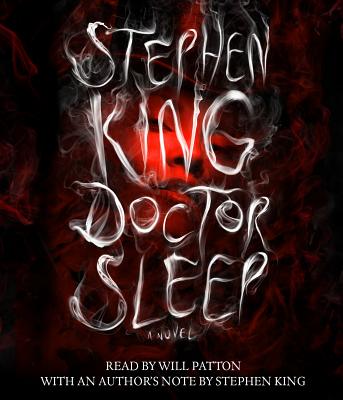 From master storyteller Stephen King, his unforgettable and terrifying sequel to The Shining—an instant #1 New York Times bestseller that is “[a] vivid frightscape” (The New York Times).

Years ago, the haunting of the Overlook Hotel nearly broke young Dan Torrance’s sanity, as his paranormal gift known as “the shining” opened a door straight into hell. And even though Dan is all grown up, the ghosts of the Overlook—and his father’s legacy of alcoholism and violence—kept him drifting aimlessly for most of his life. Now, Dan has finally found some order in the chaos by working in a local hospice, earning the nickname “Doctor Sleep” by secretly using his special abilities to comfort the dying and prepare them for the afterlife. But when he unexpectedly meets twelve-year-old Abra Stone—who possesses an even more powerful manifestation of the shining—the two find their lives in sudden jeopardy at the hands of the ageless and murderous nomadic tribe known as the True Knot, reigniting Dan’s own demons and summoning him to battle for this young girl’s soul and survival...

Will Patton’s film credits include Halloween, Boarding School, Megan Leavey, American Honey, Meek’s Cutoff, A Mighty Heart, Remember the Titans, The Mothman Prophecies, Armageddon, and No Way Out. He starred in Swamp Thing on the DC Universe streaming platform and was seen in five seasons of the TNT series Falling Skies. He has won Obie Awards for his performances in Fool for Love and What Did He See? He is also known for his audiobook recordings of the work of Stephen King, James Lee Burke, Denis Johnson, and William Faulkner.