Valley of the Birdtail: An Indian Reserve, a White Town, and the Road to Reconciliation (Hardcover) 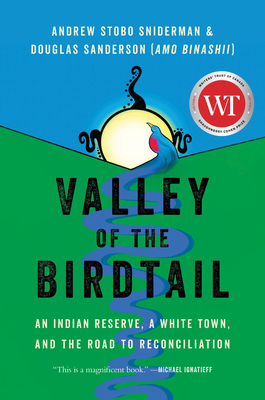 Valley of the Birdtail: An Indian Reserve, a White Town, and the Road to Reconciliation (Hardcover)

A heart-rending true story about racism and reconciliation

Divided by a beautiful valley and 150 years of racism, the town of Rossburn and the Waywayseecappo Indian reserve have been neighbours nearly as long as Canada has been a country. Their story reflects much of what has gone wrong in relations between Indigenous Peoples and non-Indigenous Canadians. It also offers, in the end, an uncommon measure of hope.

This book follows multiple generations of two families, one white and one Indigenous, and weaves their lives into the larger story of Canada. It is a story of villains and heroes, irony and idealism, racism and reconciliation. Valley of the Birdtail has the ambition to change the way we think about our past and show a path to a better future.

ANDREW STOBO SNIDERMAN is a writer, lawyer, and Rhodes Scholar from Montreal. He has written for the New York Times, the Globe and Mail, and Maclean’s. He has also argued before the Supreme Court of Canada, served as the human rights policy advisor to the Canadian minister of foreign affairs, and worked for a judge of South Africa’s Constitutional Court.

DOUGLAS SANDERSON (AMO BINASHII) is the Prichard Wilson Chair in Law and Public Policy at the University of Toronto Faculty of Law and has served as a senior policy advisor to Ontario’s attorney general and minister of Indigenous affairs. He is Swampy Cree, Beaver clan, of the Opaskwayak Cree Nation.

"Offers gritty, eye-opening details about the history and present-day reality of this country . . . a startling and optimistic way forward." — Toronto Star

"Outstanding . . . a wake-up call and an important contribution to the truth we all need to know before racism can end and reconciliation begin." — Winnipeg Free Press

"Meticulously researched and written with compassion, Valley of the Birdtail draws two parallel lines hopelessly distant, and then shows us a pathway through which they can come together. It’s a work of trauma, of broken relationships, of how we perceive one another, but ultimately, it’s a story of possibility and healing." — David A. Robertson, author of Black Water: Family, Legacy, and Blood Memory

"This is a magnificent book. It’s a new history of Canada, as lived in two communities—Rossburn and Waywayseecappo—who shared the same valley but never lived the same reality. I am haunted by what I learned and touched by the hope that these communities can teach us all how to live together in peace and justice. A truly extraordinary achievement: peeling back the layers of the history, searching through the records, but never once losing the characters, the detail, the grit of lives lived. I'm just so impressed." — Michael Ignatieff, author of On Consolation: Finding Solace in Dark Times

"A truly essential book. It's deeply researched and carefully constructed so that you come to love and respect each of the real life characters, on both sides of the racial divide, and see the invisible hands at work in their successes and failures . . . and your own.” — Jody Porter, award-winning journalist

“This is a remarkable book, combining wonderful stories with historical, legal, and political analysis on a subject that is critical to our future in Canada and around the world.”  — Bob Rae, Canada's Ambassador to the United Nations