The Art of the Cosmos: Visions from the Frontier of Deep Space Exploration (Hardcover) 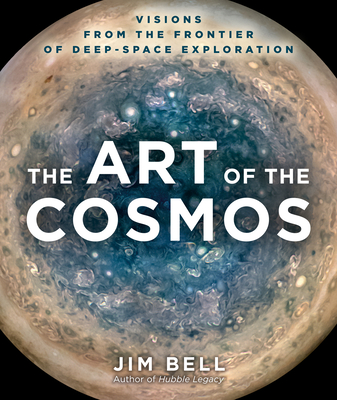 The Art of the Cosmos: Visions from the Frontier of Deep Space Exploration (Hardcover)


Usually Ships in 1-5 Days
Dr. Jim Bell is a professor in the School of Earth and Space Exploration at Arizona State University, an adjunct professor in astronomy at Cornell University, and a Distinguished Visiting Scientist at NASA's Jet Propulsion Laboratory. He has been heavily involved in many NASA robotic space exploration missions, including the Near Earth Asteroid Rendezvous (NEAR), Mars Pathfinder, Mars Rovers (Spirit, Opportunity, and--ongoing, Curiosity and Perseverance), the Lunar Reconnaissance Orbiter, and the Psyche asteroid orbiter. Bell was president of the Planetary Society from 2008-20 and received the 2011 Carl Sagan Medal from the American Astronomical Society. He has appeared on The Today Show, CNN, PBS, Discovery, National Geographic, and the History Channel. He has written numerous books, most recently, Hubble Legacy. He lives in Tempe, AZ.