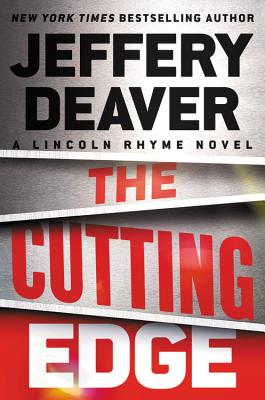 Jeffery Deaver is the #1 international bestselling author of over thirty novels and three collections of short stories. His books are sold in 150 countries and translated into 25 languages. His first novel featuring Lincoln Rhyme, The Bone Collector, was made into a major motion picture starring Denzel Washington and Angelina Jolie. He's received or been shortlisted for a number of awards around the world. He lives in North Carolina.
"Deaver's approach excels in THE CUTTING EDGE, the 14th novel to feature Lincoln and his assistant, Amelia Sachs... Deaver keeps the level of suspense high as he also examines the gem trade and takes readers on an insider's tour of New York City. Deaver's intelligent characters show their mettle as the twists mount."—Oline Cogdill, South Florida Sun-Sentinel

"Stellar... The tension rises [and] Deaver keeps the twists and surprises coming in this roller-coaster ride of a thriller."—Publishers Weekly (starred review)

"Incredible...Deaver delivers another explosive book in the series...Deaver is a master...It will be no surprise to see THE CUTTING EDGE appear on many lists for being the best book of the year."—Suspense Magazine

"The tale is replete with Deaver's trademark twists and turns."—Daily Mail (UK)

"Deaver brings it all together and after drawing in the readers, delivers twist after twist, never letting up until the final chapter. Even then, he gives you a smack in the mouth. It is really top-drawer writing."—Shots Magazine

"The nerve-jangling resolution of Deaver's latest chiller is as sparkling as any of the gems at the centre of The Cutting Edge, but he also manages in the final couple of pages to deliver one of the most vertiginous cliff-hangers any fan of the Lincoln Rhyme stories could ever wish for."—The Independent (Dublin)