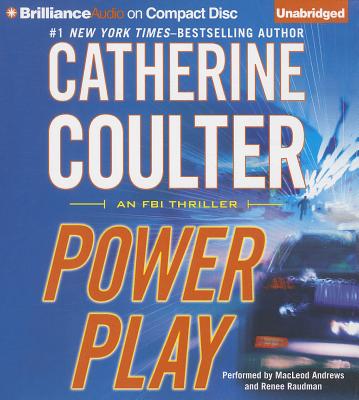 By Catherine Coulter, MacLeod Andrews (Performed by), Renee Raudman (Performed by)
Email or call for price
Out of Print - This Title is Unlikely to be Available.

Natalie Black, the U.S. ambassador to the Court of St. James, has returned to Washington, her job in jeopardy. Her fianc , George McCallum, Viscount Lockenby, has died in a car accident, and mysterious rumors begin that she's responsible begin to surface: she broke off the engagement and, heartbroken, he killed himself. Then someone tries to force her off the M-2 outside London. Again, rumors claim it was a sympathy ploy. When she returns to the United States, she's nearly killed when a car tries to mow her down while she's out for a run. No one believes her except FBI Special Agent Davis Sullivan.

Meanwhile someone is following Sherlock. A stalker? Then someone tries to shoot her from the back of a motorcycle, but the assailant gets away. Sherlock next gets a call from an Atlanta mental hospital warning her that Blessed Backman has escaped. This is not good news. Blessed is a talented psychopath out for revenge against the agents, primarily Sherlock, whom his dying mother begged him to kill since she and Savich brought down her cult.

How to find out who's trying to kill the ambassador to the U.K.? How can they get their hands on Blessed Backman before he succeeds and kills Sherlock? The clock is ticking and the danger intensifies . . .