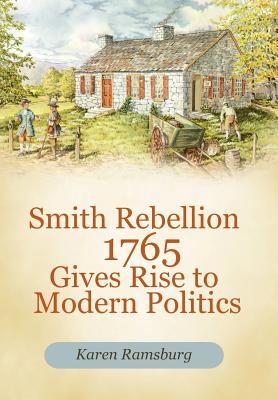 Eight years before the Boston Tea Party and ten years before Lexington and Concord, the first shots in the American Revolution were fired in Mercersburg, Pennsylvania, in 1765. Known as the Smith Rebellion, this crucial turning point in American history set the stage for modern American politics.

In this history, author Karen Ramsburg tells the enlightening story of this uprising on the Pennsylvania frontier and definitively shows how it laid the groundwork for the political maneuverings of today. Ramsburg dips back into history and reveals how a simple act of self-defense became the spark that created our nation and developed the first battle in a long, continuous class war still ongoing today.

Fearful that illegal trade goods, such as tomahawks, scalping knives, and gun powder, were being transported to Fort Pitt to rearm the Indians and renew Pontiac's War against the frontiersmen, Justice William Smith and his cousin James Smith, a.k.a. Black Boy Jimmy, believed they had a right to stop it. The ensuing rebellion led to a definition of government as a contract between all men to reject some of their natural rights in favor of a framework that would secure each man's rights to life, liberty, and property.