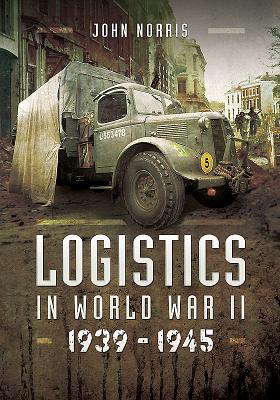 John Norris shows how logistics, though less glamorous than details of the fighting itself, played a decisive role in the outcome of every campaign and battle of World War Two. The author marshals some astounding facts and figures to convey the sheer scale of the task all belligerents faced to equip vast forces and supply them in the field. He also draws on firsthand accounts to illustrate what this meant for the men and women in the logistics chain and those depending on it at the sharp end. Many of the vehicles, from supply trucks to pack mules, and other relevant hardware are discussed and illustrated with numerous photographs. This first volume of two looks at the early years of the war, so we see, for example, how Hitler's panzer divisions were kept rolling in the Blitzkrieg (a German division in 1940 still had around 5000 horses, requiring hundreds of tons of fodder) and the British army's disastrous loss of equipment at Dunkirk. This is a fascinating and valuable study of a neglected aspect of World War Two.