Women in World History: 1450 to the Present (Hardcover) 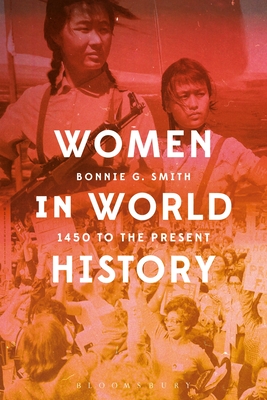 Women in World History brings together the most recent scholarship in women's and world history in a single volume covering the period from 1450 to the present, enabling readers to understand women's relationship to world developments over the past five hundred years.

Women have served the world as unfree people, often forced to migrate as slaves, trafficked sex workers, and indentured laborers working off debts. Diseases have migrated through women's bodies and women themselves have deliberately spread religious belief and fervor as well as ideas. They have been global authors, soldiers, and astronauts encircling the globe and moving far beyond it. They have written classics in political and social thought and crafted literary and artistic works alongside others who were revolutionaries and reform-minded activists.

Historical scholarship has shown that there is virtually no part of the world where women's presence is not manifest, whether in archives, oral testimonials, personal papers, the material record, evidence of disease and famine, myth and religious teachings, and myriad other forms of documentation. As these studies mount, the idea of surveying women's past on a global basis becomes daunting. This book aims to redress this situation and offer a synthetic world history of women in modern times.

Bonnie G. Smith is Board of Governors Distinguished Professor of History at Rutgers University, USA. She has written widely on women and gender history and her most recent publications include The Making of the West (2013), Women's Studies: The Basics (2013) and The Gender of History (2012).