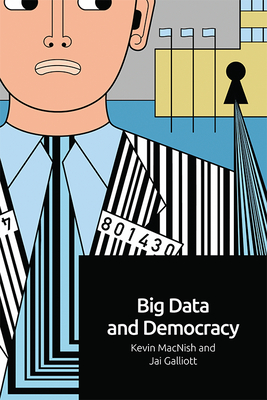 
Usually Ships in 1-5 Days
What's wrong with targeted advertising in political campaigns? Should we be worried about echo chambers? How does data collection impact on trust in society? As decision-making becomes increasingly automated, how can decision-makers be held to account? This collection consider potential solutions to these challenges. It brings together original research on the philosophy of big data and democracy from leading international authors, with recent examples - including the 2016 Brexit Referendum, the Leveson Inquiry and the Edward Snowden leaks. And it asks whether an ethical compass is available or even feasible in an ever more digitised and monitored world.
Kevin Macnish is Assistant Professor in Ethics and IT at the University of Twente. Jai Galliott is Group Leader of Values in Defence & Security Technology at the Australian Defence Force Academy at the University of New South Wales; Non-Residential Fellow at the Modern War Institute at the United States Military Academy, West Point and Visiting Fellow in The Centre for Technology and Global Affairs at the University of Oxford. He is a defence analyst and expert on the ethical, legal and strategic issues associated with the employment of emerging technologies, including cyber systems, autonomous vehicles and soldier augmentation. His publications include: Ethics and the Future of Spying: Technology, National Security and Intelligence Collection (Routledge 2016); Military Robots: Mapping the Moral Landscape (Ashgate 2015); Super Soldiers: The Ethical, Legal and Social Implications (Ashgate 2015); and Commercial Space Exploration: Ethics, Policy and Governance (Ashgate 2015).