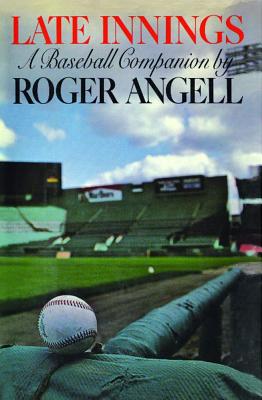 American sports essayist Roger Angell tells of baseball games, players, and seasons from the spring of 1977 to the late summer of 1981 as he takes readers beyond the field into the depth of the game and the business of the sport.

Late Innings takes fans far beyond the stadium view of the field and into the substrata of baseball with commentary of the money, fame, power, traditions, and social aspects of the sport during the late seventies and early eighties.

Covering monumental events such as Reggie Jackson’s three World Series home runs and the bitter ordeal of the 1981 players’ strike, Angell shares a timeless perspective of baseball to be enjoyed by fans of all ages.

Roger Angell is the former chief fiction editor of and a regular contributor to The New Yorker. He is a popular writer know for works of fiction, non-fiction, and criticism, with most of his writing focused on sports.