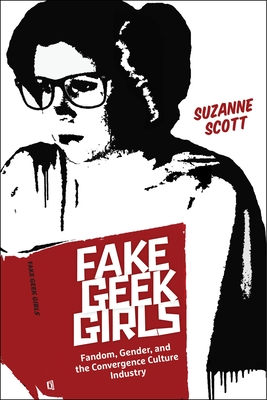 When Ghostbusters returned to the screen in 2016, some male fans of the original film boycotted the all-female adaptation of the cult classic, turning to Twitter to express their disapproval and making it clear that they considered the film's "real" fans to be white, straight men. While extreme, these responses are far from unusual, with similar uproars around the female protagonists of the new Star Wars films to full-fledged geek culture wars and harassment campaigns, as exemplified by the #GamerGate controversy that began in 2014. Over the past decade, fan and geek culture has moved from the margins to the mainstream as fans have become tastemakers and promotional partners, with fan art transformed into official merchandise and fan fiction launching new franchises. But this shift has left some people behind. Suzanne Scott points to the ways in which the "men's rights" movement and antifeminist pushback against "social justice warriors" connect to new mainstream fandom, where female casting in geek-nostalgia reboots is vilified and historically feminized forms of fan engagement--like cosplay and fan fiction--are treated as less worthy than male-dominant expressions of fandom like collection, possession, and cataloguing. While this gender bias harkens back to the origins of fandom itself, Fake Geek Girls contends that the current view of women in fandom as either inauthentic masqueraders or unwelcome interlopers has been tacitly endorsed by Hollywood franchises and the viewer demographics they selectively champion. It offers a view into the inner workings of how digital fan culture converges with old media and its biases in new and novel ways.

Suzanne Scott is Assistant Professor of Media Studies in the Radio-Television-Film Department at The University of Texas at Austin. She is the co-editor of The Routledge Companion to Media Fandom (2018).