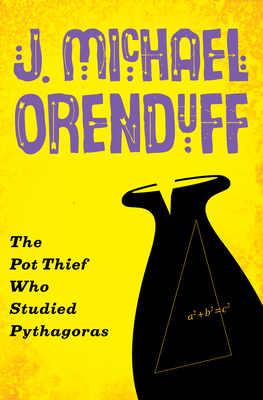 This is book number 1 in the Pot Thief Mysteries series.

First in the lively, laugh-filled series featuring a New Mexico pottery dealer with a side job as an amateur sleuth.
A dealer of ancient Native American pottery, Hubert Schuze has spent years combing the public lands of New Mexico, digging for artwork that would otherwise remain buried. According to the US government, Hubie is a thief--but no act of Congress could stop him from doing what he loves. For decades, Hubie has worn the title of pot thief proudly. Outright burglary, though, is another story.
But an offer of $25,000 to lift a rare pot from a local museum proves too tempting for Hubie to refuse. When he sees how tightly the relic is guarded, he changes his mind, but the pot goes missing anyway. Soon a federal agent suspects that Hubie is the culprit. After things take a turn for the serious, Hubie knows he must find the real thief quickly, or risk cracking something more fragile than any pot--his skull.
The Pot Thief Who Studied Pythagoras is the 1st book in the Pot Thief Mysteries, but you may enjoy reading the series in any order.