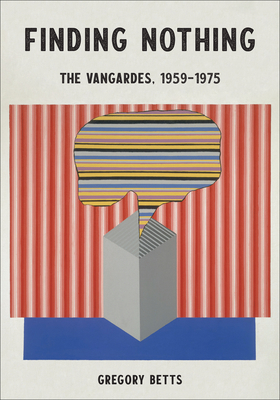 Experimental literature accelerated dramatically in Vancouver in the 1960s as the influence of New American poetics merged with the ideas of Marshall McLuhan. Vancouver poets and artists began thinking about their creative works with new clarity and set about testing and redefining the boundaries of literature. As new gardes in Vancouver explored the limits of text and language, some writers began incorporating collage and concrete poetics into their work while others delved deeper into unsettling, revolutionary, and Surrealist imagery. There was a presumption across the avant-garde communities that radical openness could provoke widespread socio-political change. In other words, the intermedia experimentation and the related destruction of the line between art and society pushed art to the frontlines of a broad socio-political battle of the collective imagination of Vancouver.

Finding Nothing traces the rise of the radical avant-garde in Vancouver, from the initial salvos of the Tish group, through Blewointment's spatial experiments, to radical Surrealisms and new feminisms. Incorporating images, original texts, and interviews, Gregory Betts shows how the VanGardes signalled a remarkable consciousness of the globalized forces at play in the city, impacting communities, orientations, races, and nations.