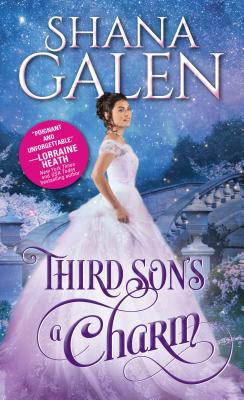 This is book number 1 in the The Survivors series.

Ewan Mostyn thinks a job as a duke's daughter's bodyguard will be easy—but Lady Lorraine has a few tricks up her sleeve that spark an undeniable passion.

"I know we aren't suited. You are silent, and I speak all the time. You're a younger son with no fortune or title, and I'm the daughter of a duke. You are a brave war hero, and I've never done anything of any note. But I cannot seem to help how I feel when we are together. You are the only true thing in my life. Don't you see? Everything else is a diversion."

Fiercely loyal to the survivor's club that make up his friends and comrades, Ewan Mostyn is the toughest in a group of younger sons of nobility who met as soldiers and are now trying desperately to settle back into peaceful Society. Ewan trusts his brawn more than his brains, but when he's offered a job watching the Duke of Ridlington's stubbornly independent daughter, he finds both are challenged.

Lady Lorraine wants none of her father's high-handed ways, and she'll do everything in her power to avoid her distressingly attractive bodyguard—until she lands herself in real trouble. Lorraine begins to see Ewan's protectiveness in a new light, and she can only hope that her stoic guardian will do for her what he's always done—fight for what he wants.

"Shana Galen delivers again!… A sharp, poignant battle of wills between a wonderful wounded hero and the only heroine brave enough to get past his defenses. Don't miss it!"—EILEEN DREYER, New York Times bestselling author

Shana Galen is three-time Rita award nominee and the bestselling author of passionate Regency romps, including the RT Reviewers' Choice The Making of a Gentleman. Kirkus says of her books, "The road to happily-ever-after is intense, conflicted, suspenseful and fun," and RT Bookreviews calls her books “lighthearted yet poignant, humorous yet touching." She taught English at the middle and high school level off and on for eleven years. Most of those years were spent working in Houston's inner city. Now she writes full time. She's happily married and has a daughter who is most definitely a romance heroine in the making.

"An intriguing premise, an engaging cast of characters, and a plot rich in danger and sexy romance make the first in Galen’s new Survivors series a must-read for fans of Sabrina Jeffries and Candace Camp." — Booklist

"In usual Galen fashion, the characters are engaging, the plot is enticing and the sensuality heated." — RT Book Reviews

"Galen has written a story that will leave readers as satisfied as her spunky heroine. STARRED Review" — Kirkus Reviews