Surviving Cissy: My Family Affair of Life in Hollywood (Paperback) 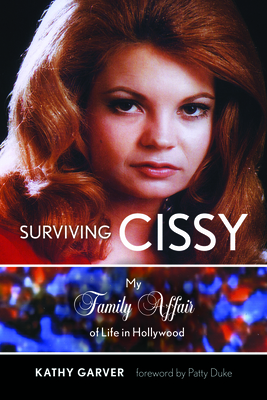 Kathy Garver, the teenage heartthrob from the hit series Family Affair (1966-1971), was no one-hit wonder, but a journeywoman actress who appeared in such classic films as Night of the Hunter and The Ten Commandments long before she became a television icon. This memoir is a recollection of a working actress's experiences, from the many films, television shows, and stage plays in which she performed, to her second career as a voice-over specialist in popular animated films and audiobooks. Featuring anecdotes, Hollywood history, and details of her relationships with such stars as Charlton Heston and Jon Provost, Surviving Cissy is a veritable quilt of Kathy's exciting life.

Kathy Garver is an accomplished and versatile actress whose acting career first took flight with the legendary filmmaker Cecil B. DeMille. She is a UCLA graduate, attended London's prestigious Royal Academy of Dramatic Art, and has proven her talents for comedy and drama with starring roles in My Fair Lady, Sunday in New York, and A Midsummer Night's Dream. She lives in San Francisco, where she gives classes on audiobook narration when she's not recording an audiobook or a voice-over.