The Administration's Use of Fisa Authorities (Paperback) 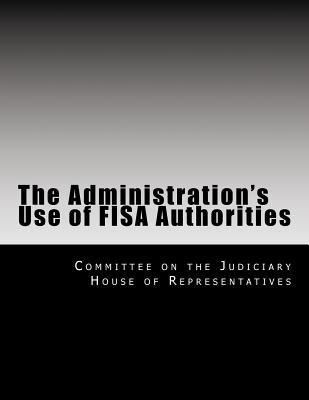 The Administration's Use of Fisa Authorities (Paperback)

By Committee on the Judiciary House of Repr


Usually Ships in 1-5 Days
Today's hearing will examine the statutory authorities that govern certain programs operated under the Foreign Intelligence Surveillance Act, or FISA. Since Edward Snowden, an unknown former NSA contractor and CIA employee, released classified material on top secret NSA data collection programs, many Members of Congress and their constituents have expressed concern about how these programs are operated and whether they pose a threat to Americans' civil liberties and privacy. When FISA was originally enacted in 1978, America was largely concerned with collecting intelligence from foreign nations, such as the Soviet Union, or terrorist groups like the FARC in Colombia. The intelligence landscape has changed dramatically over the last 30 years. Today, we are confronted with ongoing threats from terrorist organizations, some of which are well structured, but most of which are loosely organized, as well as threats from individuals. The Boston bombing reminded the nation that the terrorist threat is real and ongoing. We cannot prevent terrorist attacks unless we can first identify and then intercept the terrorist, however, Congress must ensure that the laws we have enacted are executed in a manner that is consistent with congressional intent and that protects both our national security and our civil liberties.