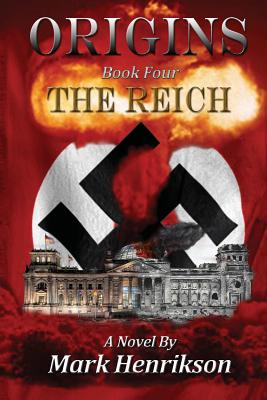 This is book number 4 in the Origins series.

Book 4 in the Origins series "Now I am become Death, the destroyer of worlds." These words were spoken by the Manhattan Project's scientific director after the first atomic detonation, but in truth they applied to any number of men during the rise and fall of the Third Reich. The question is, do they also describe the actions of Hastelloy and his crew in the past or present? NSA agent Mark Holmes must determine the answer amid the Alpha's rampaging Terracotta Army in China, a rogue NSA Executive Committee member about to provoke World War III in Egypt, and First Contact from outer space. The only one who can help him, is a man he cannot trust. How can he trust a being who engineered the First World War? How can he trust someone who facilitated the rise of Joseph Stalin, or Adolf Hitler? Can he trust that it was all done in order to defeat an even greater threat? Hastelloy will do his best to plead his case, but will it be enough? Old enemies become friends while old allies turn enemy in this gripping thriller that challenges everything you thought you knew about the formative years of the twentieth century. Once again, the Origins of all will be revealed.