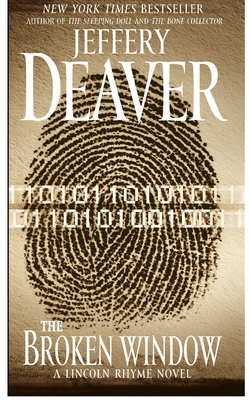 Lincoln Rhyme faces “an Orwellian nightmare” (The New York Times) as a twisted techno-genius destroys lives with impunity by stealing personal information from behind the impenetrable walls of cyberspace.

Rhyme’s cousin Arthur has been arrested on murder charges, and the evidence against the estranged relative Lincoln hasn’t seen in years is perfect—too perfect. Lincoln and his partner Amelia Sachs piece together a deadly pattern of similarly vicious frame-ups that leads them to the imposing Strategic Systems Datacorp—and a master of identity theft and manipulation known only as “522.” But cracking this ingenious killer’s realm places Rhyme and Sachs exactly where “522” wants them—in line to be the next victims.

Jeffery Deaver is the #1 international bestselling author of more than forty novels, three collections of short stories, and a nonfiction law book. His books are sold in 150 countries and translated into 25 languages. His first novel featuring Lincoln Rhyme, The Bone Collector, was made into a major motion picture starring Denzel Washington and Angelina Jolie, and a hit television series on NBC.

He’s received or been shortlisted for a number of awards around the world, including Novel of the Year by the International Thriller Writers and the Steel Dagger from the Crime Writers' Association in the United Kingdom. In 2014, he was the recipient of three lifetime achievement awards. A former journalist, folksinger, and attorney, he was born outside of Chicago and has a bachelor of journalism degree from the University of Missouri and a law degree from Fordham University.