Man Among Other Men: The Crisis of Black Masculinity in Racial Capitalism (Hardcover) 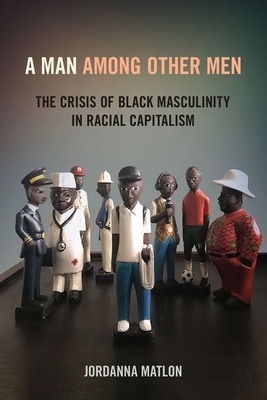 A Man among Other Men examines competing constructions of modern manhood in the West African metropolis of Abidjan, C te d'Ivoire. Engaging the histories, representational repertoires, and performative identities of men in Abidjan and across the Black Atlantic, Jordanna Matlon shows how French colonial legacies and media tropes of Blackness act as powerful axes, rooting masculine identity and value within labor, consumerism, and commodification.

Through a broad chronological and transatlantic scope that culminates in a deep ethnography of the livelihoods and lifestyles of men in Abidjan's informal economy, Matlon demonstrates how men's subjectivities are formed in dialectical tension by and through hegemonic ideologies of race and patriarchy. A Man among Other Men provides a theoretically innovative, historically grounded, and empirically rich account of Black masculinity that illuminates the sustained power of imaginaries even as capitalism affords a deficit of material opportunities. Revealed is a story of Black abjection set against the anticipation of male privilege, a story of the long crisis of Black masculinity in racial capitalism.

Jordanna Matlon is Assistant Professor in the School of International Service at American University.