The Chinese and the Iron Road: Building the Transcontinental Railroad (Asian America) (Paperback) 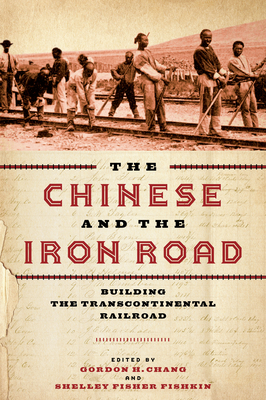 The completion of the transcontinental railroad in May 1869 is usually told as a story of national triumph and a key moment for American Manifest Destiny. The Railroad made it possible to cross the country in a matter of days instead of months, paved the way for new settlers to come out west, and helped speed America's entry onto the world stage as a modern nation that spanned a full continent. It also created vast wealth for its four owners, including the fortune with which Leland Stanford would found Stanford University some two decades later. But while the Transcontinental has often been celebrated in national memory, little attention has been paid to the Chinese workers who made up 90 percent of the workforce on the Western portion of the line. The Railroad could not have been built without Chinese labor, but the lives of Chinese railroad workers themselves have been little understood and largely invisible.

This landmark volume explores the experiences of Chinese railroad workers and their place in cultural memory. The Chinese and the Iron Road illuminates more fully than ever before the interconnected economies of China and the US, how immigration across the Pacific changed both nations, the dynamics of the racism the workers encountered, the conditions under which they labored, and their role in shaping both the history of the railroad and the development of the American West.

Gordon H. Chang and Shelley Fisher Fishkin are Co-Directors of the Chinese Railroad Workers in North America Project at Stanford; Hilton Obenzinger is Associate Director and Roland Hsu is Director of Research.