The Unbroken Child: A Little Girl's Struggle to Survive. A Father's Wrath. A Woman's Power to Forgive (Paperback) 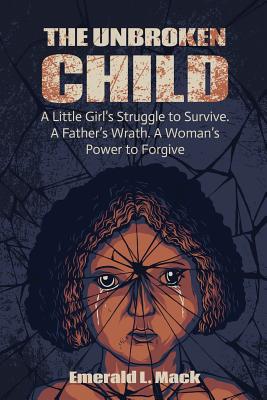 The Unbroken Child: A Little Girl's Struggle to Survive. A Father's Wrath. A Woman's Power to Forgive (Paperback)


Usually Ships in 1-5 Days
Beaten, Abused And Neglected...this is the story of a little girl who went through hell but refused to let it break her... "He began to beat me mercilessly...first with his fist, then a chair, and finally an army style boot...As if that were not enough, he retrieved a hammer from the kitchen and hit me in my head three times as I attempted to scurry away. Finally, as I laid there with no strength to actually move, his size 10 work boot came down on my face, crushing my nose..." Emerald had a very hard life growing up. With a very abusive father and a mother who couldn't care less, there seemed to be no escape to her life. The abuse didn't end when she moved out of her parents' house though. She endured spousal abuse as well. She turned to a life of sin and debauchery as she saw no other way out. Beaten But Not Broken Eventually Emerald found light at the end of the tunnel and turned her life around. What makes this story amazing is not just that she survived all the abuse, it's that she refused to let her past define her and became a very successful woman, completely turning her life around. "The Unbroken Child" is a tale of severe physical abuse, sexual abuse, death and grief but most of all its a story about a little girl who went through hell and not only survived, but became a stronger and better person because of it. This is the story of a little girl who refused to be broken, no matter how bad her circumstances became. This book will make you laugh, cry and get angry but most importantly, it will inspire you and show the strength of the human spirit. Buy the book today and read the incredible story of Emerald Mack, never before released to the public.