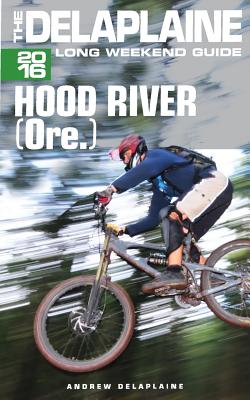 A complete guide for everything you need to experience a great Long Weekend in the Hood River area. Updated throughout the year, this concise guide will save you a lot of time. "We had a change of plans that added 2 days to our trip to Portland, so we decided to venture out to the Hood River area that we'd heard so much about. Spectacular views that will not disappoint." ---Jennifer D., Charlotte "The people are so incredibly NICE I can't tell you. Good food and brewpubs as well." Lonnie B., Brooklyn "The Delaplaine guide books 'cut to the chase.' You get what you need and don't get what you don't." -Wilma K., Seattle =LODGINGS, from budget to deluxe = RESTAURANTS, from the finest the area has to offer ranging down to the cheapest (with the highest quality). More than sufficient listings to make your Long Weekend memorable. =PRINCIPAL ATTRACTIONS -- don't waste your precious time on the lesser ones. We've done all the work for you.