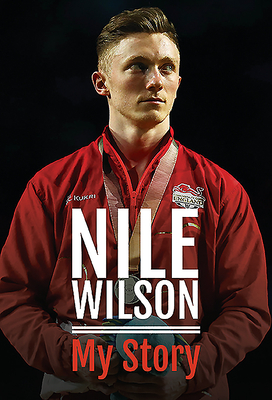 Nile Wilson is known to many as a Great Britain Gymnast who won a Bronze Medal at the 2016 Rio Olympics and who is England's most successful ever gymnast at a Commonwealth Games following his 5 medals in 2018. Yet, Nile is so much more than just a gymnast. A YouTuber with over a million subscribers, a social media influencer, a successful businessman and entrepreneur, Nile is also an advocate for mental health awareness, and who has been very open about his own personal struggles.

Nile Wilson - My Story gives an unprecedented look into Nile's true battle to be fit and ready for the Tokyo 2020 Olympics - throughout the Games and the aftermath. The public perception of Nile Wilson is his humor, openness and how down to earth he is, all of which is true. Due to this perception however, people presume they know everything about him. This book will shatter that perception, and reveal the struggles behind the smiles, from the brutal reality of performing at an elite sporting level, to the mental health battles Nile has had to fight - and continues to fight - every day.