The Macedonian Army of Philip II and Alexander the Great, 359-323 BC (Hardcover) 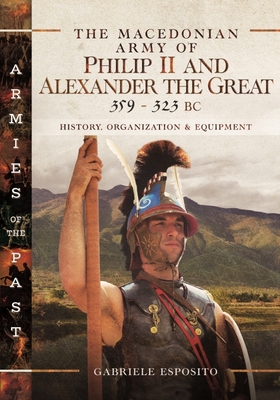 By Gabriele Esposito
$34.95
Email or call for price.

This book provides a complete and detailed analysis of the organization and equipment of the Macedonian army built by Philip II and later employed to world-changing effect by his son, Alexander III (the Great). This work explains how Philip took the traditional forces of Macedon and reformed them into the most modern and sophisticated combined-arms force in the Mediterranean world. Not only the formidable pike phalanx and the hard-charging Companion cavalry, but also the less famous components, such as light and cavalry types, are described in detail. The tactics employed in the great battles that won the largest empire the world had seen are analyzed. With numerous color photos showing replica weapons and equipment in use, this is a vivid, detailed and accessible study of the army that made Alexander great.