Poker Satellite Strategy: How to qualify for the main events of live and online high stakes poker tournaments (Paperback) 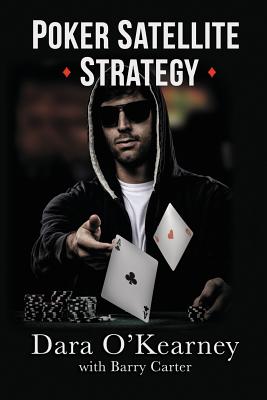 Poker Satellite Strategy: How to qualify for the main events of live and online high stakes poker tournaments (Paperback)

The best way for small stakes players to win life-changing amounts of money is to win a satellite into a bigger tournament. Yet there is surprisingly little written about how to win satellite tournaments, until now. In Poker Satellite Strategy professional poker player Dara O'Kearney gives you a framework for how to approach every stage of a satellite tournament, from the early levels right up to the bubble. This book takes the stress and uncertainty out of satellites.

- Adjustments you need to make from regular tournament play
- What hands to shove, call and fold on the bubble
- When to tighten up and when to keep accumulating chips
- How to adjust against different player types, dynamics and situations
- When it's correct to fold Pocket Aces preflop

Dara O'Kearney is a professional poker player from Ireland with a long standing reputation as the best satellite specialist in the game. He has won over $1 million in satellite tournaments alone and twice won the PokerStars UKIPT satellite leaderboard. He is sponsored by Unibet Poker and is the co-host of The Chip Race Podcast.

"Dara has been ahead of the curve on satellites for years and his results show it. This book will change the way you think about, and play, satellites forever." Daiva Byrne - professional poker player and advocate for women in poker