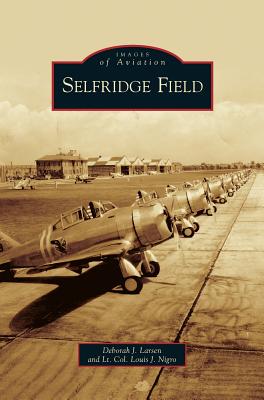 
Usually Ships in 1-5 Days
Named to honor the memory of Lt. Thomas E. Selfridge, the
first fatality of powered flight, Selfridge Field has recorded
many aviation milestones since its founding in 1917. As home of the famed First Pursuit Group, the airfield saw the feats of such notables as Charles Lindbergh, Jimmy Doolittle, and Curtis LeMay. Scores of young aviators who passed through Selfridge's gates later achieved the rank of general officer, earning the base the nickname "Home of the Generals." Selfridge Field illustrates the history of the base, with many images drawn from the collections of the Selfridge Military Air Museum and Mount Clemens Public Library. The development of American airpower, from crude biplanes to the supersonic F-16 fighter, is depicted in the photographic record of this historic military airfield.