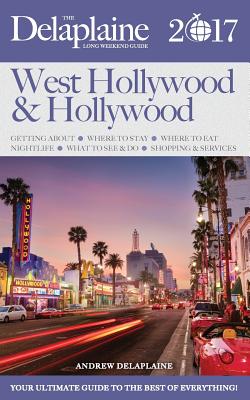 A complete guide for everything you need to experience a great Long Weekend in West Hollywood (also known as WeHo) as well as world-famous Hollywood itself. Updated throughout the year, you'll save a lot of time using this concise guide. "We never left the WeHo area except to do a studio tour. Used this guide extensively." -Felicia G., Wichita "Delaplaine has a guide that encompasses all of L.A., as well as little break-out guides like this one for Beverly Hills and another one for Downtown. We have used the one for Downtown and this one and find them very satisfactory. The bigger guide is harder to use than the ones that focus on a particular area." ---Bill K., Ocala "The Delaplaine guide books 'cut to the chase.' You get what you need and don't get what you don't." -Wilma K., Seattle =LODGINGS, from budget to deluxe = RESTAURANTS, from the finest the area has to offer ranging down to the cheapest (with the highest quality). More than sufficient listings to make your Long Weekend memorable. =PRINCIPAL ATTRACTIONS -- don't waste your precious time on the lesser ones. We've done all the work for you.