A New Structure for Security, Peace, and Cooperation in the Persian Gulf (Hardcover) 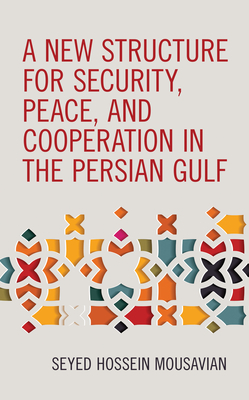 A New Structure for Security, Peace, and Cooperation in the Persian Gulf (Hardcover)


Usually Ships in 1-5 Days
Tensions between Iran and its Arab neighbors at the Persian Gulf have often been described as one of the challenges to the world peace and security over the past decade. As a result, one of the puzzles of the current international relations has been the question of whether or not, there are prospects to resolve conflicts between Iran and Saudi Arabia and GCC and envision normalized, friendly diplomatic relations between the two states. This book argues that normalized and friendly ties between Iran and Saudi Arabia is possible, and indeed, the author shows that there is a historical precedence for it, even in the post-1979 revolutionary Iran. And, if normalized and friendly diplomatic relations are possible between Iran and Saudi Arabia, then, it is not hard to envision that maladies of sectarianism as well as Sunni-Shi'a conflict would subside in the region. The book draws on the author's involvement, conversations, interviews, and personal observations as Ambassador and official over several decades. The book tries to explore the possibilities of diplomatic resolutions to the existing conflicts between Iran and Saudi Arabia and offer a roadmap to achieving sustainable diplomatic relations.
Seyed Hossein Mousavian is Middle East Security and Nuclear Policy Specialist at the program on Science and Global Security at Princeton University and Honorary Associated Professor at the University of Kashan.