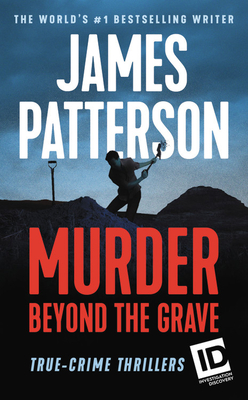 This is book number 3 in the ID True Crime series.

A wealthy kidnapped man fights for his life and a real estate deal turns deadly in these two true crime thrillers that inspired Discovery's Murder is Forever TV series.

Murder Beyond the Grave(with Andrew Bourelle): Stephen Small has it all: a Ferrari, fancy house, loving wife, and three boys. But the only thing he needs right now is enough air to breathe. Kidnapped, buried in a box, and held for ransom, Stephen has forty-eight hours of oxygen. The clock is ticking . . .
Murder in Paradise (with Christopher Charles): High in the Sierra Nevada mountains, developers Jim and Bonnie Hood excitedly tour Camp Nelson Lodge. They intend to buy and modernize this beautiful rustic property, but the locals don't like rich outsiders changing their way of life. After a grisly shooting, everybody will discover just how you can make a killing in real estate . . .

James Patterson is the world's bestselling author and most trusted storyteller. He has created many enduring fictional characters and series, including Alex Cross, the Women's Murder Club, Michael Bennett, Maximum Ride, Middle School, and I Funny. Among his notable literary collaborations are The President Is Missing, with President Bill Clinton, and the Max Einstein series, produced in partnership with the Albert Einstein Estate. Patterson's writing career is characterized by a single mission: to prove that there is no such thing as a person who "doesn't like to read," only people who haven't found the right book. He's given over three million books to schoolkids and the military, donated more than seventy million dollars to support education, and endowed over five thousand college scholarships for teachers. The National Book Foundation recently presented Patterson with the Literarian Award for Outstanding Service to the American Literary Community, and he is also the recipient of an Edgar Award and six Emmy Awards. He lives in Florida with his family.

"Every once in a while a writer comes along and fundamentally changes the way people read. He or she is so bright, innovative, so industrious that what they envision and create becomes the measure by which all others are judged. In 1993 one such writer - James Patterson - began to do just that. Now...with his mission still unfolding, James Patterson is the gold standard by which all others are judged."
—Steve Berry, New York Times bestselling author of the Cotton Malone series

"Behind all the noise and numbers, we shouldn't forget that no one gets this big without amazing natural storytelling talent - which is what James Patterson has, in spades."
—Lee Child, #1 New York Times bestselling author of the Jack Reacher series